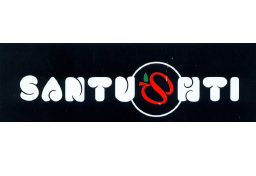 Request Info
During partition, a patriotic family from Sindh, Pakistan, shifted to Anand, Gujarat and started a humble restaurant. And the rest, as they say, is history. For generations, they continued to offer matchless, unique delectable delicacies to create a fairytale culinary journey. To carry forward the rich legacy, Sunil Chelani coined the name ‘Santushti Shakes & More’ on November 2, 2008 (his birthday) with the aim of serving world-class milkshakes to patrons. With three founding principles-quality, variety and value for money, this humble milkshake outlet at Rajkot’s Dr. Yagnik road soon carved a special place in the hearts of foodies. Sunil, who believed that real thick shake isn’t just about blending ice-cream with milk, ensured that a special technology was created with the help of European technocrats, which meant that thick shakes could be made without ice creams. Sunil personally supervises every minute aspect here and relies on continuous feedback from customers to better the quality. After their grand success (2009-2011) at Rajkot, Santushti opened its first Vadodara branch at Fatehgunj, which instantly received rave reviews. Soon, two more outlets were opened in Vadodara and Sunil’s elder brother, a CA who was working with a Dubai-based MNC, joined him to create Santushti Shakes Private Limited in Vadodara. In the search for the right technology, Sunil travelled across the globe to discover the nuances of milkshake preparation techniques, various flavours and creative methodology. The used ingredients (like dry fruits, cocoa, fruits) are of the highest quality, aided by best standards of hygienic preparation methods and equipments. This leading brand has emerged as a reputed chain in no time and is equally popular with all sections of society. Today, it has more than 10 outlets at Rajkot, Surat, Ahmedabad and Vadodara, and a few more are in the pipeline at different cities. Very recently, it opened an additional outlet in Vadodara and two more in Ahmedabad. Soon, they have plans to open 10 more outlets in Surat (total 15 in South Gujarat) and one in Mumbai later this year. In fact, even celebrities like Siddharth Randeria, Apara Mehta and Prince Gupta have showered their love on Santushti, which also received an award for the best dessert during the Vadodara Food festival (handed over by award-winning celebrity chef Harpal Singh Sokhi). Also, the place has been featured in Aamir Khan’s upcoming film Secret Superstar. This FSSAI registered (being registered for HACCP) place aims to deliver packed milkshake and packed yogurt soon. Sunil says, “I have been deeply inspired by our PM Narendra Modi’s “Make in India” and “Swacch Bharat Abhiyan” campaigns. Such vision, knowledge, hard work and passion are inspiring.” As the brand continues to grow and make waves because of its mesmerizing taste, delightful service and value for money, it looks like patrons will continue to support all their future endeavours to treat them to unparalleled and unique milkshakes.

Are any performance minimum guarantees given to unit franchisee?No

What is the anticipated percentage return on investment?80%

What is the likely payback period of capital for a unit franchise?Min- 1 Year(s) & Max- 2 Year(s)

What type of property is required for this franchise opportunity?

Duration of the contract 5 Years